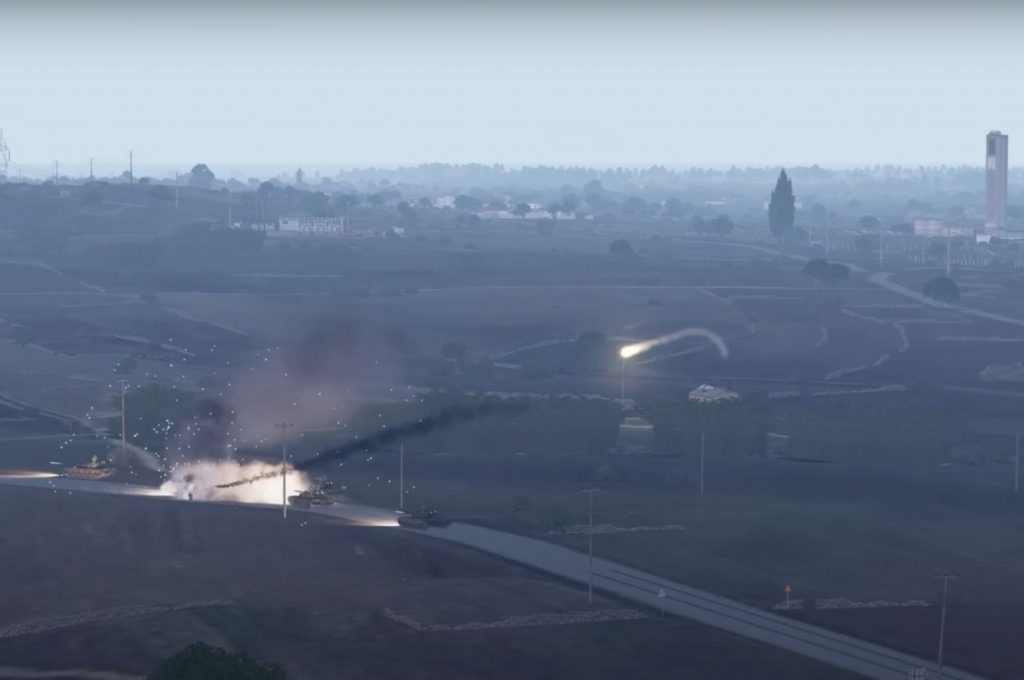 On the morning of 17 October, Russia carried out a missile strike on Kyiv using “kamikaze” drones, hitting key infrastructure in the region. On the same day, Happy TV, a TV channel with a nationwide footprint, in its evening current affairs show Aktuelnosti, broadcast a set of clips purporting to show authentic footage of the events in Kyiv and Odesa on 17 October. However, in addition to the authentic footage, Happy TV showed a gameplay clip from Arma 3, a popular war simulation video game. The segment also included old footage of the downing of a Russian missile by a Ukrainian fighter plane from July this year.

The Russian Ministry of Defense announced on 17 October that it had carried out a “massive” attack on military targets and energy infrastructure across Ukraine using high-precision weapons.

The attacks came a week after a wave of Russian missiles killed at least 19 people across Ukraine in the heaviest bombardment in months, Radio Free Europe reported.

The missile strike was carried out by ”kamikaze” drones, aircraft without on-board pilots armed with explosives that detonate on impact.

The White House condemned the attack on Kyiv, saying that Russia was demonstrating the brutality of President Vladimir Putin.

On the same day, in its evening current affairs show Aktuelnosti, Happy TV broadcast the regular daily briefing of the Russian Ministry of Defense, after which the anchor introduced the following segment as a recap of the morning’s events in Kyiv and Odessa.

However, in addition to authentic footage from Kyiv, the segment shows a gameplay clip from Arma 3, a popular war simulation video game.

The recording of the show has since been removed from YouTube for violating the platform’s rules.

It is, in fact, a simulation of combat between Russia and Ukraine, created and posted by YouTube user MILMAN on his channel, on 20 July this year.

Happy TV played part of the gameplay clip, presenting it as authentic combat footage from the war in Ukraine. The image quality of the broadcast clip was significantly lower than the original video, making it difficult to discern that this was actually a computer-generated animation.

“All events in my videos are fictitious!  All videos are recorded and edited by me personally. Bohemia allows (you) to make YouTube videos from their game and monetize it,” the channel description states.

The video game, Arma 3, was created by Bohemia Interactive, a Czech company.

It is a very popular series of war combat simulation games.

Reuters and The Associated Press reported on 18 October that a gameplay clip from the video game Arma 3, identical to the one broadcast by Happy TV, was being shared on social networks as authentic footage of a Ukrainian missile attack on Russian tanks.

Content created in Arma 3 has long been misused to spread disinformation regarding war and military conflicts (examples: 1, 2, 3).

In addition to the simulation from the video game, the problematic segment aired by Happy TV included footage also unrelated to the rocket attack on Kyiv on 17 October of this year. 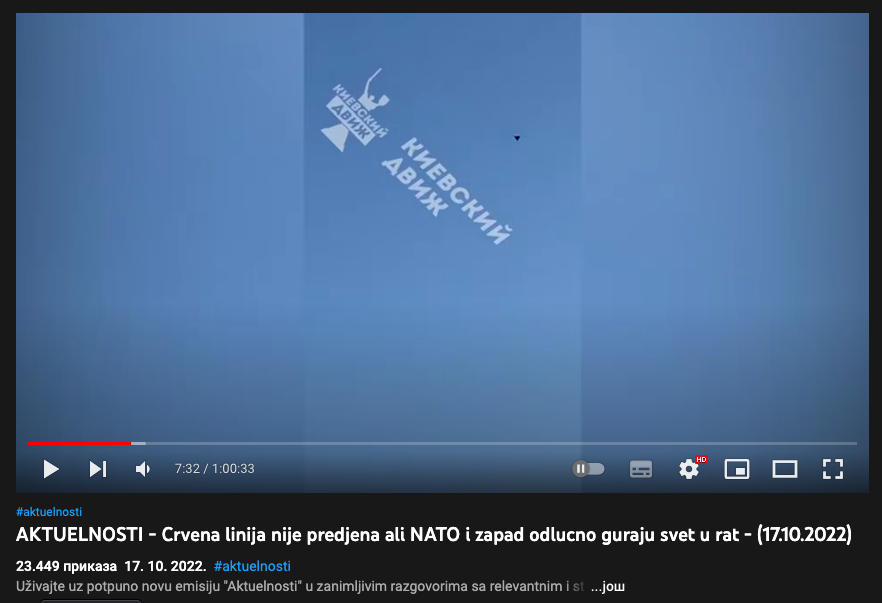 The aired footage is actually of the downing of a Russian missile by a Ukrainian fighter jet on 15 July of this year.

The Ukrainian Military Center, on 16 July, released a statement by Oleksiy Kuleba, the Head of the Kyiv Regional Military Administration, about the event.

It stated that, “On the evening of 15 July, the Air Force of the Armed Forces of Ukraine shot down a Russian cruise missile in the skies over the Kyiv region.

The incident took place in the Bila Tserkva district.

At the same time, an eyewitness recorded a video posted on social networks showing a Ukrainian fighter jet launching an air-to-air missile at an enemy target at low altitude. The video was posted on the Киевский Движ Telegram channel, whose logo is visible in the video.