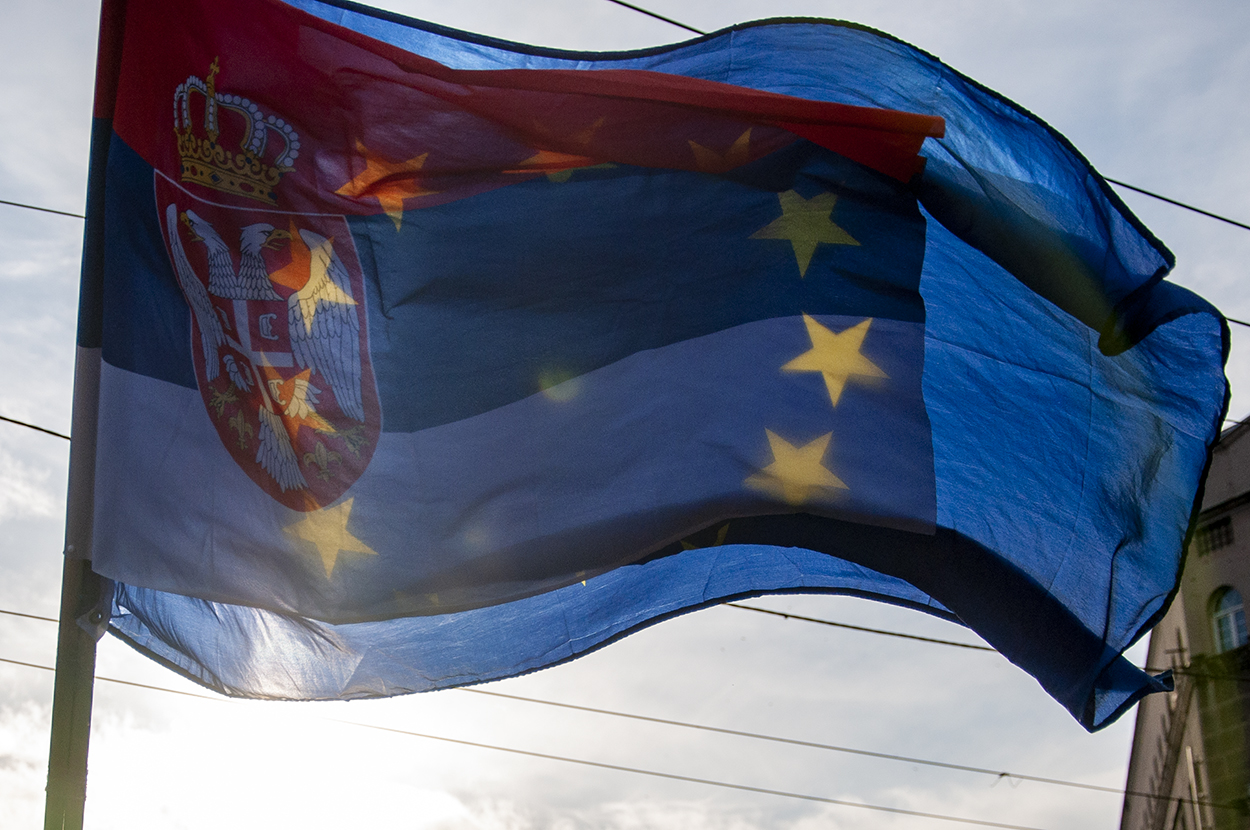 European Commission: electoral conditions have to be improved as soon as possible

Serbia is facing negative trends in the functioning of the democratic institutions. There is an urgent need to improve electoral conditions and situation in parliament. These are, in short, the most important messages of the new annual report of the European Commission in the chapter concerning democracy, more precisely electoral conditions and work of the National Assembly.

CRTA team went through the latest report on Serbia published by the “outgoing” European Commission yesterday. During the period of waiting the European Parliament elections to be over to publish the report, there was a debate in the public whether it would be similar to the previous reports – neutral and general – or this EC will use its final report to underline the key political issues Serbia has been facing more clearly and precisely. Here are the EC key recommendations that CRTA team has selected from the report, that refer to the elections, work of parliament and status of democracy.

European Commission draws attention to the elevated political polarisation that has a negative impact on the work of democratic institutions, in particular, the parliament. The report emphasises an urgent need for cross-party debate and opening space for participation of the opposition in the parliament. The attention is drawn to the announcement of parliamentary elections boycott under the present conditions and the demands from the protests concerning the freedom of the media and free and fair elections. Also, addressing and fulfilling all electoral recommendations of international observers has been emphasised as one of the priorities in the report.

Unlike the previous report, the most important conclusion in the 2019 Report is that Serbia has not made sufficient use of the interval between elections to improve many shortcomings of the electoral process. European Commission notes for the first time clearly that none of the OSCE missions recommendations has been addressed, emphasising that those recommendations classified as a priority have to be addressed first. Serbia has to complete this as soon as possible, actually by the next elections that we are about to have in less than a year, spring 2020.

“This report made by the outgoing Commission is a sign of discontent due to unfulfilled expectations in all previous years. Unlike other reports, this time it is noted that almost none of the previous OSCE recommendations has been addressed (none of the priority recommendations) and it is a priority to “carry out these international observers recommendations completely”. It is emphasised that implementing these recommendations should be completed before the coming elections and that this process should be inclusive and transparent”, explains Vujo Ilic, CRTA researcher for Istinomer.

Although the EC underlines that a limited number of recommendations have been partially implemented (electoral roll and central registry, training of polling board members, candidate registration, the publication of election results), it has included the recommendations of the local observation missions from 2018 local elections in this analysis.

“It is particularly important for CRTA there is a reference to the results of the local election observers, and the European Commission concludes that the institutional response to reported irregularities has not been sufficient. The EC particularly emphasises that pressure being put on voters and public employees have to be investigated, and those responsible should be brought to justice”, Ilic said.

Speaking about the elections, the EC has especially emphasised the fact that by mentioning the possibility of early parliamentary elections the ruling coalition has been creating the pre-election mode thus deepening the political divide rather than building consensus.

In the chapter concerning the functioning of the parliament, the European Commission particularly emphasized that the ruling coalition’s parliamentary practices led to a deterioration in legislative debate, and significantly undermined the parliament’s oversight of the executive.

It is underlined that there is an urgent need to create space for genuine cross-party debate and conditions for the opposition to participate meaningfully in the parliament.

Commission mentions that the ruling coalition’s parliamentary practices often prevented the parliament from properly exercising its legislative function. Also, it emphasises the systematic use of the practice of merging unrelated laws under one discussion point and proposing hundreds of amendments irrelevant to the content of legislation with the aim to use up the allocated time for debate in the plenary ever since December 2017. This assessment is a novelty compared to the previous report.

Furthermore, a high percentage of the use of urgent procedures is also mentioned, which was similar last year. However, it is added that as a result of these practices, the parliamentary opposition cannot participate effectively in the legislative debate and present its draft amendments, including the 2019 Budget Law.

“The report then mentions that several opposition parties started boycotting parliamentary work, which happens at the local level as well, and again in this context emphasises that in the current polarised environment it is of crucial importance that cross-party debate and meaningful participation in the parliament are restored, and it is underlined this is a matter of priority. It has been also suggested that existing mechanisms of mediation and dialogue should be utilised, such as those by the European Parliament, which is a novelty compared to the previous report”, explains CRTA team.

One of the conclusions of the EC is that the parliament’s oversight of the executive in Serbia remains weak. However, it is noted again that none of the annual reports by independent bodies has been discussed in the plenary sessions since 2014, but the novelty is that this is an example of lack of willingness of the parliament to ensure effective oversight over the executive government.

Among a few compliments, it is mentioned that in the work of parliament there were more regular question and answer sessions where the MPs could pose questions to the government compared to the previous period. However, it is underlined that only one public hearing was held, that ad-hoc nature of settings’ agenda leads to uncertainty, and that non-majority MPs chair only two committees.

“There is an impression that unlike the last year report where the emphasis was on transparency and inclusiveness in the legislative process and the oversight over the executive, these are hardly mentioned this year, since the messages concern more the urgent establishment of the room for genuine debate between political parties and conditions for meaningful participation of opposition in the work of parliament”, underline CRTA researchers.