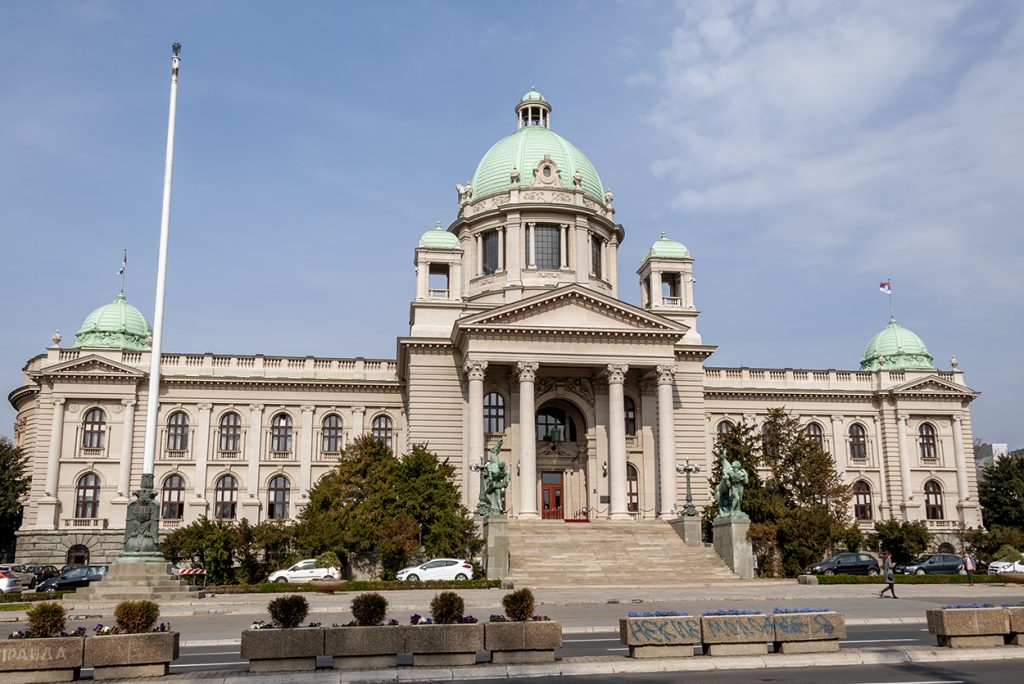 Parliamentary boycott and then what

The situation in Parliament has deteriorated significantly over the past several years. The ruling majority has monopolized the legislative process in this parliamentary convocation. However, the fact that the abuse of procedures has upstaged the space for controlling the work of the Government and discussing the law proposals has worsened the relations with the opposition MPs even more.

Disabling the opposition to criticize the work of the Government and law proposals from parliamentary seats is a part of a wider process of undermining all control mechanisms over the executive power. The Parliament used to represent one of the last remaining institutions in which the criticism of the work of the Government could still be heard. The gradual disappearance of this space made the boycott of the parliament’s work more and more likely to happen.

A similar scenario in the 1990s

The boycott is not a frequent occurrence in the Serbian Parliament and has not happened in this proportion since the mid-1990s. Namely, since February this year, 55 MPs from all opposition parliamentary groups (except the Serbian Radical Party) do not participate in the work of the parliament. The Radicals, together with the part of MPs from the group Liberal Democratic Party-League of Social Democrats of Vojvodina-Party of Democratic Action of Sandzak and the MPs who do not belong to any parliamentary groups, make up the second part of 33 opposition MPs who continued to participate in the work of the parliament.

Parties do not easily decide on this kind of political struggle. What is thus being achieved is very questionable, as well as whether the participants of the boycott are being additionally marginalized instead of them delegitimizing the ruling majority. These are the questions that MPs should have in response when it comes to deciding on entering into a boycott. Almost identical arguments for and against were heard in the nineties as well, when the opposition parties last left the Parliament in a coordinated manner, due to the cancelling of the live broadcast of parliamentary sittings.

While the reasons explaining the parliamentary boycott are understandable, and this is a legitimate political move, the outcomes are uncertain, and the possibility of additional marginalization is a real danger. Why did it happen this time?

The simplest answer is – because no one has opposed it clearly enough. CRTA researchers interviewed representatives of all opposition parties in Parliament in March to find out who is boycotting Parliament work and why. The basic conclusion was that most of the MPs were not sure that it was a good decision and that there was a suspicion of the outcome of the boycott.
Common are the situations in which collective decisions contrary to the views of the majority or even all the members participating in them are made. This happens when there is not enough communication and when a large number of people mistakenly think that their opinion is lonely. In such circumstances, one often decides not to “rock the boat” thus avoiding the expected negative reaction of the majority.
Perhaps the boycott would also have happened if there were serious debates among the MPs and parliamentary groups and if all arguments for and against were fully considered. The number of MPs not taking part in the work of Parliament would probably be somewhat different, but there would be a clearer picture of why the boycott commenced, under which conditions it is to be suspended, and how the presence of citizens’ representatives in Parliament is complemented.

Agreeing with the loudest ones

But why did the boycott occur at this very moment? An important reason the MPs highlight was to show solidarity with the citizens. The boycott was partly the answer of the MPs to demands of speakers from protests held throughout Serbia.

However, a survey performed by the organization CRTA from March this year indicates that the parliamentary boycott as a form of political struggle is generally supported by only 9 % of citizens, which is less than percentage of citizens who support protests (24 %) and public debate with political opponents (34 %), and significantly less than percentage of citizens who do not support at all non-institutionalized political struggle (39 %).

Whom did the MPs agree with then? It is very likely that the attitudes of citizens who supported protests, a debate, or institutionalized struggle were not loud enough, well-articulated and directed to MPs, such were the voices of those who advocated the escalation of the boycott.

Individuals who represent firmer, more radical attitudes rarely comply with the majority, primarily because of dedication to one idea. They are thus in advantage over those with moderate attitudes, who are more flexible and more willing to consider different points of view. If a minority is committed to a proposal, and the majority, although not fully convinced of it, finds that the proposal is legitimate, it often happens unexpectedly that the minority imposes its position.

Listening only to the louder, uncompromising demands, while ignoring the views of all citizens, without open internal debate and conflicting opinions led to the boycott of parliament, which is supported neither by the opposition MPs nor the citizens of Serbia, nor does it have the support of the international community. But how the boycott occurred is one thing, and how to end it is entirely different.

How to go back?

Even though entering into the parliamentary boycott is a tough decision to make for MPs, it is even more difficult to return to parliament. Although the boycott may not have been enough strategically designed, the decision to end it should be.

On the one hand, the MPs who are boycotting should set out feasible demands primarily aimed at preventing abuses of procedures in the assembly that used to be happening. In addition, the first serious opportunity offered by the ruling majority should be used to start working on the fulfilment of these demands.

The ruling majority responded to the boycott in a manner peculiar to them by neglecting and diminishing its significance, but the extent and duration of the boycott was further deteriorated by the significantly scaled down legitimacy of the parliament. In order to normalize the work of the parliament, not only is a dialogue about the rules of work necessary, but the majority would have to demonstrate that they accept the role of the opposition in Parliament as elected representatives of citizens who control the work of the Government and work on the improvement of the law.