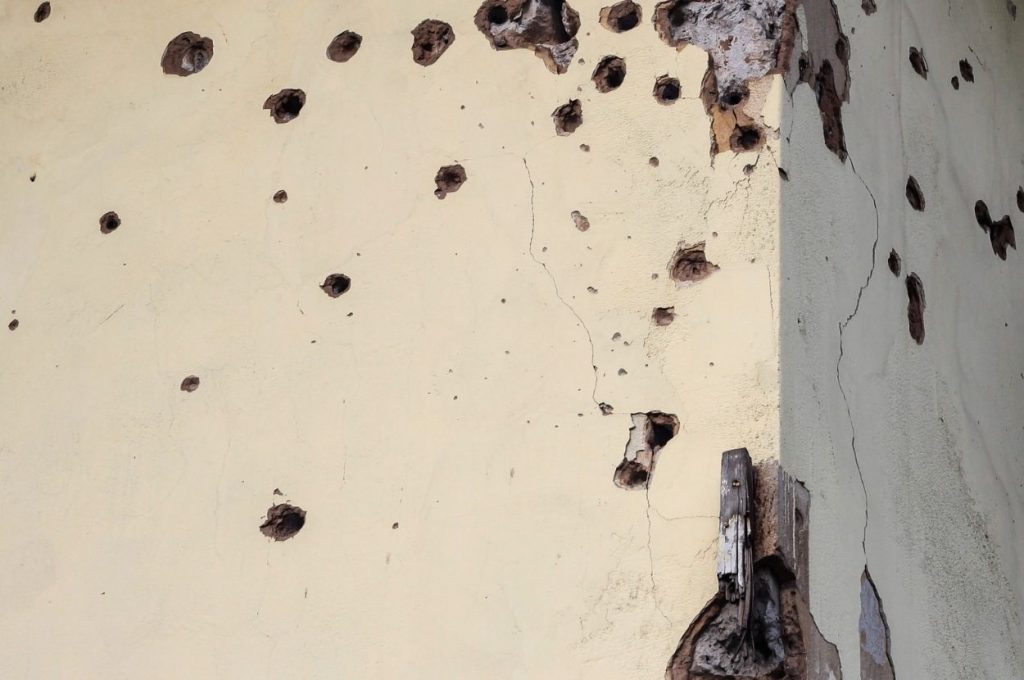 A month of the war in Ukraine – media reports on Putin the Great, social media spreads disinformation

In the past month, since the beginning of the Russian attack on Ukraine, an average citizen of Serbia who gets informed by reading and watching the domestic media content with the highest viewership ratings could have heard that Russia is a victim, not the aggressor, that Vladimir Putin is a determined leader who is rightfully opposing the entire West, that America and Ukraine are making biological weapon to “destroy the Russians”, but before all, that Serbia is defying the global crisis and the war, including the economic crisis, and does so owing to Aleksandar Vučić. However, if a citizen gets informed through social media, there is a world of disinformation, false videos and photos, distorted context, and other manipulations awaiting there.

What were the findings of Istinomer since the beginning of the crisis?

We detected dozens of manipulative posts and news on social media and wrote 26 articles about it – in our section of Facebook evaluations.

The clear message, illustrative description, emotional tension, and traces of truth – a recipe for “successful” manipulation of the information in the last month. The first disinformation that we exposed referred to the viral video of the parachutists with the message of “Russian army parachuting to Kharkiv”. The truth is this is an old video of the army drill in Vostok from September 2018.

The case of parachutists announced the incoming wave of disinformation. In the first days, the video of a father saying goodbye to his family (though he was not a Ukrainian soldier) was massively shared, as well as a photo of the Ukrainians praying in the snow (popular since September 2019).

There has been an interesting case of a woman who was injured in the explosion and distrust regarding the truthful photo. Users of Twitter and Facebook in Serbia claimed that the image of the injured woman was fake. They claimed that the “original photo” was from 31 December 2018, made during the gas explosion in the Russian city of Magnitogorsk, which was false.

It was followed by fake news of the Avala tower covered in Russian flag colours, screenshots of fake CNN accounts on the death warrant for the non-existing man, videos from movie sets, a video of the fake blood make-up, and so on.

We fact-checked this, too – it is not true that the Ukrainian beauty queen waged war against Russia, Otto Von Bismarck never said that Ukraine should be separated from Russia, Putin is not playing the Serbian anthem in the popular video shared on social media.

It is noticeable that the thesis on the staged war in Ukraine and false victims was repeated more than once. One of the alleged proofs was the “false corpse” from live coverage that supposedly disclosed “Ukrainian propaganda”. However, this video was, in fact, made at the recently held eco protests in Vienna. It is interesting to note that the same video was used to discredit the Covid pandemic victims.

Recycling old photos and videos and already known conspiracy theories proved a verified recipe for disinformation during the war. In the past days, we recorded that a picture of a man with Neo-Nazi tattoos was shared on social media, along with the false claim that he was a deputy commander of the Kyiv police. One of the viral posts included photo manipulation of the bombing in Yemen.

Persistent pieces of disinformation and a new target of propaganda referred to pregnant women from a maternity hospital in Mariupol.

By inspecting the domestic media, we came across interesting things. At the end of February, we published an analysis, based on CRTA records, that “judging from articles of some media close to the government, the West is the only to be blamed for the crisis in Ukraine, while Russia is a victim, not an aggressor”.

Among the dailies spreading Russian propaganda, the torchbearers are definitely Informer and Večernje Novosti, followed by the TVs Pink and Happy, as we could see in the latest media analysis by CRTA. During the monitoring of the reports from all these media outlets in the following weeks, the impression remained similar.

“Sitting on the fence” regarding Russia, unclear statements, switching focus to domestic issues, declaring Europe sometimes bad, sometimes good, depending on the current plan – this is how we could sum up the officials’ statements as well the media reporting since the beginning of Russia’s attack on Ukraine. If you only read the headlines in the last month, you might have seen hell since the daily newspapers kept informing us that hell was coming.

Initially, Serbian officials held a neutral position and ignored the incoming tsunami. In our count published by the end of February – Ana Brnabić, Ivica Dačić, Nikola Selaković, Nenad Popović and Zorana Mihajlović only had one statement on Ukraine, while Aleksandar Vučić had even three statements.

It was common for all of them to juggle and attempt to sit in two chairs. This could be well illustrated by two statements from the political actors that we noted. Vulin’s love statement: “Pressure exercised against Aleksandar Vučić to abandon the military neutrality and introduce sanctions to Russia is increasing at unimaginable speed. The fact that Vučić is brave to endure and confront it does not mean that pressure is gone and that anybody else would be able to sustain it. I am not sure how long he can keep it before his health deteriorates or some members of the Government of Serbia or the party he created, whoever would be first, betray him. If Serbia imposed sanctions on Russia, it would not matter that much. Still, NATO pact forces are not demanding sanctions against Russia because that would change something, but because it would show that the final unoccupied nation in Europe is not free anymore and that their leader was defeated. Aleksandar Vučić is the last free leader in Europe who takes care of his own people, including abandoned values of morals and gratefulness. As the Serbs would say, Vučić has dignity.”

It is also not true that since the beginning of the attack on Ukraine, the President of Serbia had no contact with the Russian officials, as a few days earlier, he had met with the Russian ambassador in Belgrade.

Tested disinformation recipes, firmly established during the pandemic of coronavirus, came in handy in the latest developments. The only recipe for defence against manipulation is time-tested recipe – creating distance, monitoring several sources and media, fast fact-checking of videos and photos and caution – especially if someone only wants to explain something (fierily), to share or disclose something without any context and data. After all, remember the phrase “Merciful Angel”, which keeps on living, although the ruling domestic political experts created it in 1999.

The journalists focused on popular fact-checking are facing a monumental task, bearing in mind the volume of the propaganda that has spilt over into the mainstream, without any possibility to check at least the numbers or official data published without verification. We are staying focused on disclosing disinformation routes, manipulation forms, and the speed of its distribution.

An example of good practice among journalists could be found in the website ukrainefacts.org, where members of the news desk of the International Fact-checking Network are publishing articles related to the war in Ukraine. Since it is all in one place, it quickly became apparent how similar or even the same false statements are and how fast they spread worldwide.