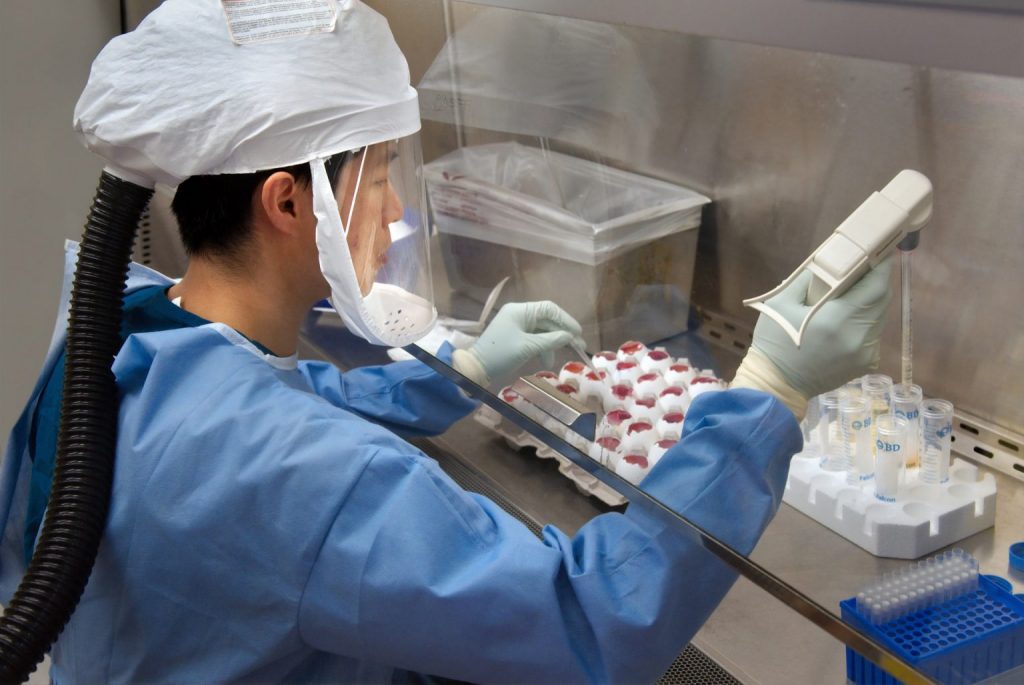 Disinformation spreading through Russian, Chinese and national media about developing biochemical weapons in Ukraine does not hold ground in reality. Moreover, this conspiracy theory has been recycled many times in various armed conflicts and during pandemics too.

According to the officials from Russia, China and some of the media outlets and social media users in Serbia, Ukraine hosts dozens of “American labs for biological weapons and destruction of Russians”. Conspiracy narratives mention that these labs precisely are the only Russian targets during the current invasion of Ukraine. None of these theories has any foundation in
reality. Yet we are familiar with them from the previous Russian conflict with Syria and the beginning of the coronavirus pandemic.

Currently, Russian officials, the Russian embassy in Great Britain, Russian state media outlets propaganda, and some media outlets in Serbia and China are actively contributing to the narratives on biological labs.

The “dangerous ideas” thesis on biological labs in reference to the current Ukraine crisis is strong in the Serbian public discourse as well, which we could see from the K1 TV guest appearance of Bojan Bilbija, editor of the political column in Politika newspapers and Slobodan Reljić, the sociologist from 9 March. The video clip from this guest appearance is massively
distributed on social media.

“The US secret business in Ukraine, the biological war against Russia is being prepared”, and two days ago, the daily newspaper “Alo” published the article “Truth about biological weapons – the epidemic of cholera and rat-bite fever noted in Ukraine”.

“Biolabs” propaganda, disinformation and interpretation out of context

Allegations of “American biological labs in Ukraine” were based on the erroneous interpretation and “distorted manipulation” of the facts from the documents originating from 2005. According to the Security Service of Ukraine (SBU), 17 years ago, the Ministry of Health of Ukraine and the US Department of Defense signed the framework agreement to prevent the spread of technologies, pathogens and knowledge that can be used to develop biological weapons.

The goal of the programme was not to create biological weapons but precisely the opposite.

The priorities of the then established Biological Threat Reduction Program in Ukraine were “to consolidate and secure pathogens and toxins of security concern and to continue to ensure Ukraine can detect and report outbreaks caused by dangerous pathogens before they pose security or stability threats”, as announced by the US Embassy in Ukraine.

Cooperation between Ukraine and the US was a target of the (pro)Russian propaganda in the past, too, said Andrew Weber, a higher associate in the Strategic Risk Council and member of the independent arms control association. “There has been a Soviet-style disinformation campaign promoting such lies for over a decade”, Weber said.

However, the truth is that there are no high-containment biological labs in Ukraine (designated as BSL-4) that would enable working with the most dangerous pathogens (there is only one BSL-3 lab). American support for this facility is no secret, as it has financed the scientific research on many forms of zoonosis in Ukraine.

Under Foreign Policy analysis, Washington gives support for similar facilities in Georgia, as well as Azerbaijan and Kazakhstan — countries that have friendly relationships with Russia.

However, false accusations on military biological labs have become so widespread that on 11 January, the Biological Threat Reduction Program made a video announcement with a detailed explanation on their work, rejecting as “total disinformation” the Russian and Chinese allegations on “suspicious activities”.

According to the Bulletin of Atomic Scientists, similar accusations of biological labs and biochemical weapons were made against the Lugar Centre for Public Health Research in Georgia in 2018.

Despite the allegations, the BBC journalist Steve Rosenberg then visited the labs in Tbilisi, which were occupied with fighting against hepatitis C in Georgia. The claims of biochemical weapons were disproved from several sides. At the same time, pro-Russian politician Igor Giordadze, who launched the disinformation, said that although he had no proof for such claims, it did not mean they were not true. Such propaganda playing with truth continued during the crisis in Ukraine.

The new iteration of the same conspiracy theory appeared in 2021. Russia and China then claimed that the US had biological labs along its borders and that America was responsible for releasing the virus SARS-CoV-2 — which proved false.

New research confirmed the basic thesis of viral transmission of the SARS-CoV-2 virus to humans from the animal host. This also refuted the theory of “virus leaking from the lab”.

Out of context in our region too

On Wednesday, 9 March, the Politika website published an article “Who collects DNA of ethnic Russians”, making a series of false claims taken out of context from the statement of Robert Pope, the Director of the US Defense Department’s Cooperative Threat Reduction Program in Ukraine, which he gave for the Bulletin of Atomic Scientists.

The article in Politika generally refers to the article warning about the risk, at the time, potential risk of the Russian invasion of neighbouring Ukraine. In this Bulletin, Robert Pope emphasised that “although pathogens are kept frozen and cannot replicate, the risk the pathogens pose would significantly increase if the labs suffered damage or lost power”.

“If the ventilation system in the labs is damaged, the now ambient-temperature pathogens are able to escape the facility and spread fast, becoming potentially infectious in the region around the facility”, he added.

In none of his interviews, Pope ever mentioned that these were labs for the systematic destruction of “ethnic Russians”, as mentioned in the article circulating in the Serbian-speaking region.