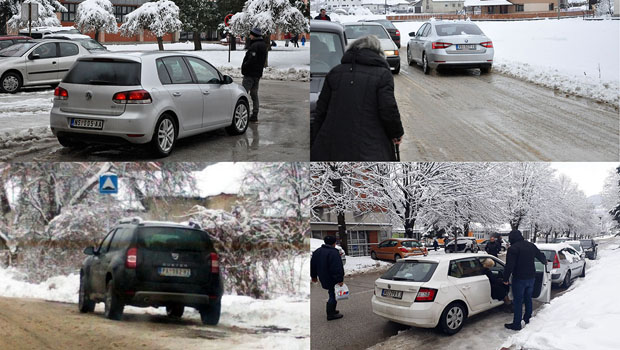 The special department of the Public Prosecutor’s Office for the Fight against Corruption in Novi Sad received the first reports from the police, as well as from certain public enterprises regarding the criminal complaints of the Center for Research, Transparency and Accountability (CRTA) for the misuse of official vehicles during last year’s elections in Lucani.

The special department of the Public Prosecutor’s Office for the Fight against Corruption in Novi Sad received the first reports from the police, as well as from certain public enterprises regarding the criminal complaints of the Center for Research, Transparency and Accountability (CRTA) for the misuse of official vehicles during last year’s elections in Lucani.

According to “Danas”, criminal complaints were forwarded to the Higher Public Prosecutor’s Office, Special Department for the Fight against Corruption. The head of that department, Vidak Dakovic, confirmed for “Danas” that finally after four months they have started receiving information from the police regarding these criminal complaints. “In certain cases, we received information from the police, and in some of them, we received information directly from representatives of certain public enterprises. No decision has yet been made. Several things are required – vehicle data, travel orders, etc. Certain progress has been made, something was delivered to us by the police, for one case – the complainants, and for some cases, we directly addressed public enterprises or institutions, depending on whose vehicle it is,” Dakovic said. He added that the fate of the complaints should be notified to CRTA since it is the organization that filed criminal charges, as well as to the public. CRTA filed criminal charges against the responsible persons in 11 public enterprises and bodies from several towns – Novi Sad, Pancevo, Vrsac, Kovin, Sid and Vrbas for misuse of office, as it was established that their official vehicles were present in Lucani during last year’s elections. In addition to the criminal complaints, certain evidence was also forwarded to the Prosecutor’s Office – photographs of these vehicles taken in Lucani on 16 December, as well as their license plates. These companies are: Heat-only Plant (Toplana) Novi Sad, public utility company Lisje, City of Novi Sad, Public Utility Company “Cistoca“ Novi Sad, Public City Transport Enterprise of Novi Sad, City Administration of Pancevo, utility company Second October Vrsac, Agricultural expert service Vrbas, Municipality Administration of Sid, Sports Association of the Municipality of Sid , PUC Ivanjica. “Since it is not likely that the activity of these companies or their vehicles implies presence on the day of the elections in Lucani, there is a reasonable doubt that the public resources are misused and that the damage is caused to the enterprise in an unknown amount”, stated CRTA in the applications. In the City Administration of Pancevo, they replied that the vehicle was made available for use to the local community Jabuka in the Deliblato sands. The president of this local community Slobodan Ilic said earlier that he made a statement to the Basic Public Prosecutor’s Office in Pancevo on the occasion of the criminal charges of CRTA, and he explains him being in Lucani in the following way: “Our community and local community Parmenac have been sister communities for 30 years, and we visit each other often. I went there to see the bulwark against future flooding. I asked for a vehicle from the municipality; I don’t know the exact date. I sent a request to the chief and received confirmation that I may use the vehicle,” Ilic confirmed. It was one of more than a dozen cars from various parts of Vojvodina and other parts of Serbia, which observers of CRTA recorded that day in Lucani. The media reported that SNS activists had stayed for days in Lucani and surrounding villages persuading local residents to vote for the list headed by Aleksandar Vucic. They helped them splitting wood, cleaning barns and feeding the cattle, all of which was spiced up by the pressures and defile of many vehicles with license plates or without them. At the request of “Danas” to comment on criminal complaints, the directors of Novi Sad companies mostly answered that they did not know anything about it and that they could not make any statements. It is pointed out that the Mayor of Novi Sad, Milos Vucevic ignored the request of “Danas” to answer how the city administration vehicle ended up in Lucani on the very election day, on whose orders it was sent there, with what purpose, and how much the costs of that travel were.