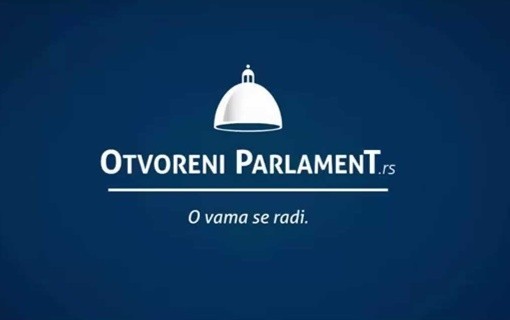 Initiative Open Parliament has been launched on 6th June seven years ago.

Since June 2012, Open Parliament informs citizens on the work of the National Assembly of the Republic of Serbia, monitors MPs activities and events in the Assembly. In seven years, 1057 laws were adopted in 682 working days in the plenary which were analysed, more than 250,000 MPs speeches were published, almost 300 law abstracts, over 30 surveys on parliamentary processes and the work of the Assembly, and more than 900 citizens questions were collected.

The Open Parliament analyses and reports on the manner the Assembly is carrying out its functions and indicates the trends in law enforcement and the oversight function, the key issues and challenges in the work of Parliament and potential recommendations for tackling them.

The analysis of the current legislature indicates a drastic decline of democracy in the work of the Assembly, especially regarding the legislative and oversight function of the most important representative body. Excessive adoptions of the legislation under the urgent procedure, the obstruction of the Parliament work and the abuse of procedures that prevent dialogue in the plenary, absence of public hearings, weak oversight over the executive, especially the adoption of the budget while the ruling majority obstructs the discussion, represent the negative practices which must be changed at once.

Recognition of the negative practices by the expert public, the media, the European Union and other relevant international actors, as well as the representatives of the highest national authorities, signify a precondition for solving the crisis in the Parliament.

We invite all MPs to be accountable and initiate the public dialogue in the aim of overcoming many challenges which are preventing Parliament to carry out its democratic function effectively.

Through the platform www.otvoreniparlament.rs the citizens can monitor the work of the MPs on a daily basis, pose the questions directly to the MPs, get familiar with the activities and the sittings in the Assembly, the law proposals and the legislation that the MPs shall vote on, as well as the key amendments that the adopted laws and other acts will bring.