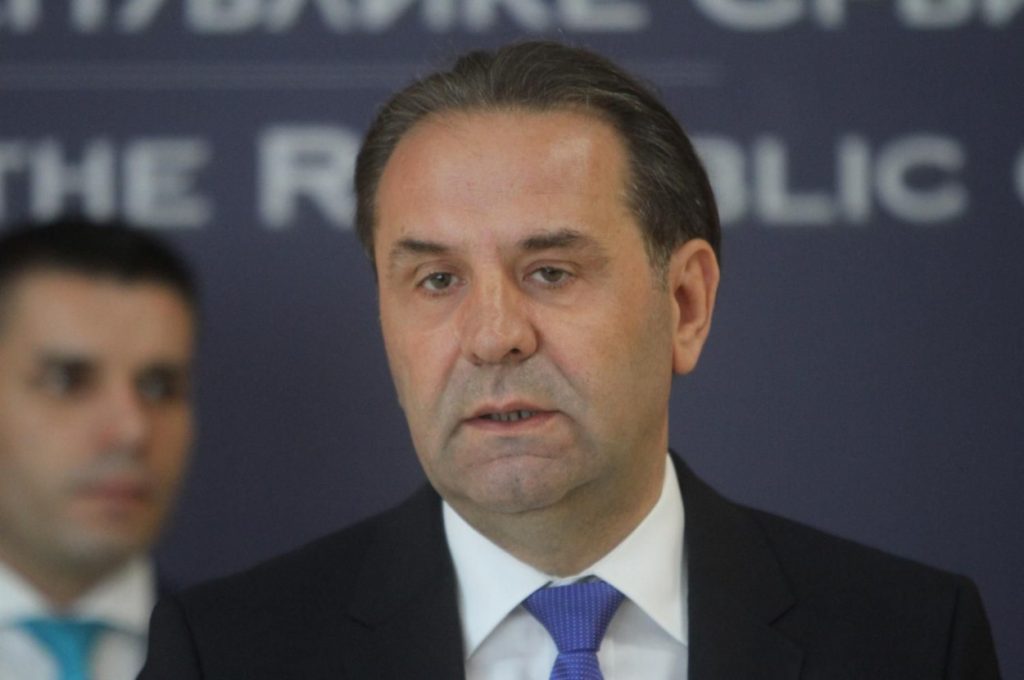 No EU country suspended or considered suspending cooperation with Huawei

“Huawei is one of the largest suppliers of telecommunication equipment in EU countries as well and so far no country has either suspended (cooperation) or considered such option.”

For some time now, Chinese telecommunication company Huawei has been one of the key topics in the world after the United States accused them of alleged tapping and transfer of sensitive information to the Chinese authorities. In August last year, US President Donald Trump signed the order banning the administration to use Huawei gear and the US still insist that this company could, through its telecom gear, open a “back door” i.e. data access to the government in Beijing.

At first, Huawei only denied the espionage accusations and a couple of days ago it announced it would press charges against the US for business ban and damaging the company reputation, stating that the American Congress failed to prove any of its claims.

In addition to the US, the ban on the use of Huawei gear in mobile networks of new generation – 5G – is in place for telecom companies in Australia and New Zealand, and according to media reports, Japan will prohibit its administration from using the gear of this company and of Chinese ZTE due to the alleged safety threats.

In December, at a request of the US, daughter of the Huawei founder and Huawei’s finance chief Meng Wanzhou was detained in Canada under the accusation that her company used one of its unofficial branches for access to Iranian market and thereby breached the US sanctions. Chinese authorities issued serious protest notes for the arrest, claiming that Meng did not violate the law. Meng pressed charges against the Canadian authorities for infringing her civil rights, claiming that she was detained and interrogated and only subsequently informed that she was arrested.

Although the US exerted pressure on their European allies to prevent the Chinese telecommunications giant from building the fifth mobile network generation (5G) due to the safety risk, Minister Rasim Ljajic recently said that this was not a topic for the Serbian Government at the time.

“Huawei is one of the largest suppliers of telecommunication equipment in EU countries as well and so far no country has either suspended (cooperation) or considered such option”, Ljajic said.

Ljajic recalled that one of the major partners of Huawei in Serbia is the state-owned “Telekom Srbija”, which also does not consider the suspension of cooperation with the Chinese company. Beside “Telekom”, the Ministry of Interior also cooperates with this Chinese company.

Namely, at the beginning of the year, Minister Nebojsa Stefanovic announced that around 1,000 cameras for face and registration plate recognition would be installed in the upcoming year at 800 locations in Belgrade, which would “increase the safety of citizens and speed up crime detection”. The cameras are made by Huawei while the arrangement was concluded in September 2017 between Stefanovic and special envoy of the Chinese President, Meng Jianzhu (local media called him “the first security guy of China”). It was announced then that the Ministry of Interior started cooperation with Huawei relating to camera system, and that China offered its instructors to Serbia and the opportunity for people from Serbia to attend training in China.

The fear from possible abuse was articulated by former Commissioner for Information of Public Importance and Personal Data Protection, Rodoljub Sabic. He estimated that such a video surveillance system “is associated with a new form of control rather than increased safety”, given that “the authorities have many times used personal data against citizens and political opponents”.

Let’s get back to the statement of Rasim Ljajic, so as to verify if it is true that no EU country has suspended (cooperation) with Huawei or considered that possibility.

European Commissioner for Digital Single Market, Andrus Ansip said three months ago that the EU should be concerned about possible security risks since “there are fears that Beijing requires from Chinese technology companies to cooperate with intelligence services or introduce back door into their systems”.

US Secretary of State, Michael Pompeo recently stated in Hungary that any cooperation with Huawei poses a security risk, and the US also “expressed concern” for Italy given that they have not yet decided which telecom company to entrust with the establishment of 5G network. According to the RSE writing, at the end of the previous year Czech National Agency for Cyber Security enacted a directive to reconsider all business deals with the Chinese company as it was assessed they “represent a risk for national security”. Czech Prime Minister Andrej Babis ordered the Government to stop using Huawei mobile phones, however the suspension of cooperation was opposed by Czech President Milos Zeman as it would, according to him, be detrimental to the country’s economy.

In Germany, which is to decide on licences for the new 5G network by the end of this month, Huawei is being discussed for months. German media wrote about the alleged preparation of amendments to the Telecommunications Law, which would oblige telecom companies to sign a statement on restraining from espionage and to certify their products according to most recent security standards. According to most recent news, Germany will nevertheless not prevent Huawei from participating in 5G network installation, however it will require from the operators to meet “the highest security standards” which will be constantly monitored by the German Federal Office for Information Security.

Cooperation with the Chinese telecom company is also being scrutinized in the United Kingdom. In December, British Telecom group confirmed that it would remove Huawei gear from the main core of the existing 3G and 4G mobile networks and that they would not use the products of this Chinese company for the central parts of their future 5G network. The United Kingdom launched a security study which is to establish whether Huawei technology would be used for 5G network in that country, whereas in December the officials of the British National Cyber Security Centre disclosed to Huawei heads a series of technical requirements for meeting the UK security norms. Last month, the UK intelligence service for cyber security ensured that it was possible to limit the risks related to the use of gear manufactured by that company for 5G network.

At this month’s summit, the European officials are to discuss whether the prohibition of Huawei’s new generation mobile networks is feasible. In order to convince the heads of European states and governments that their gear does not pose a risk for national security, as claimed by the US, a couple of days ago Huawei opened a cyber security laboratory in Brussels, where their clients can verify the main code which operates their network. A similar centre was opened in Bonne in November, and Huawei also finances the tests conducted by the UK government.

Therefore, it is true that no European country has suspended cooperation with Huawei so far, and the latter hopes for the key role in installation of 5G network in Europe. However, due to security reasons, the suspension of cooperation with the world’s largest provider of network equipment for telephone and Internet companies was very much considered within the EU. As we have seen, the suspension of cooperation was considered by the United Kingdom, Germany and Czech Republic, whereas the European officials are to discuss this month the feasibility of ban on this company’s new generation mobile networks. This is why Rasim Lajic’s statement that “so far no country has either suspended (cooperation) or considered such option” with Huawei was evaluated as “half-true”.