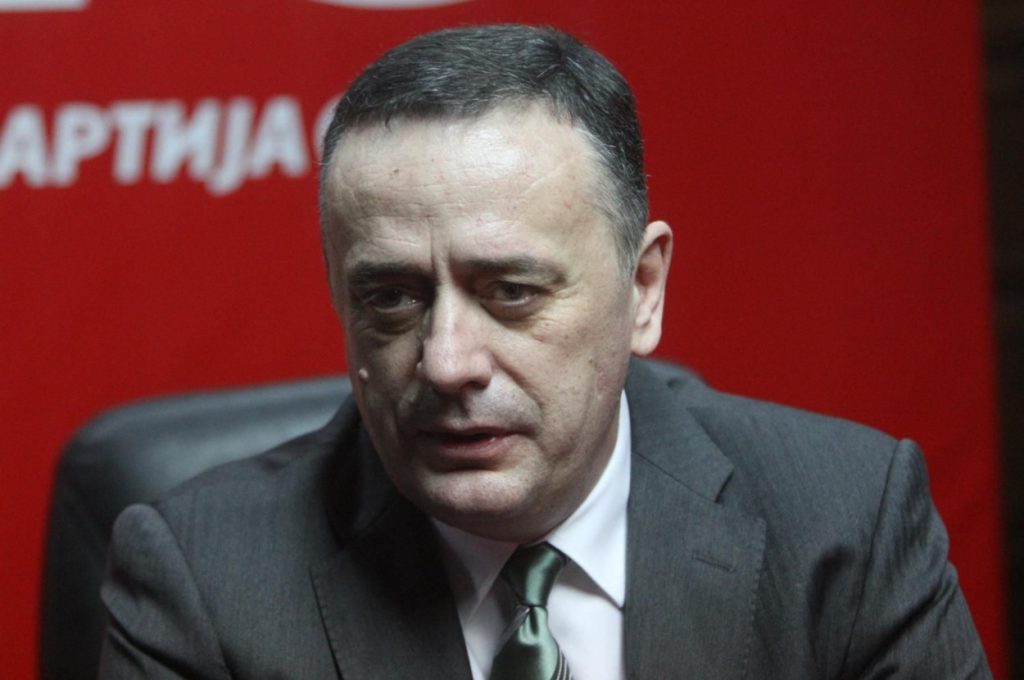 Elections in Serbia are in no way questioned since 2012

“We had a whole set of different election cycles since 2012. And I must really say that all credible international organizations have never questioned for a single bit the democratic nature of our election cycle.”

Radio Television of Serbia, 22.01.2019
Aleksandar Antic, Vice president of Socialist Party of Serbia (SPS) on the elections in Serbia since 2012

The topic that has been discussed in the public for some time is whether the parliamentary elections will be called for in the spring or not. For this reason, the SPS official and Minister Aleksandar Antic, the SNS official and Deputy Mayor Goran Vesic, the People’s Party (NS) vice president Sanda Raskovic Ivic, and the president of the Social Democratic Party (SDS) Boris Tadic, have recently discussed the topic of extraordinary elections in Upitnik on the RTS.

While Vesic restated that SNS leadership supports the idea of calling for extraordinary parliamentary elections, against which the SPS, according to Antic, has nothing against, Tadic and Raskovic Ivic reiterated the views of the part of the opposition of boycotting possible elections. Raskovic Ivic said that the Alliance for Serbia will boycott the extraordinary elections if they are scheduled for late March or mid-April due to, as she said, the absence of media freedom in Serbia, devastated institutions and practices of the parties in power to use state resources in the electoral process.

Tadic said that the conditions for early parliamentary elections do not exist without a “normal situation in the society” and added that “since 2012 we do not have free elections in Serbia, but manipulation of the electoral process, of public opinion and of citizens’ awareness.”

The Minister of Energy and SPS Vice president did not agree with Tadic’s assessment. Reminding that the coalition of Progressives and Socialists since 2012, when it came to power, has had a “set” of different election cycles, Antic said that “all credible international organizations have never questioned for a single bit the democratic nature of our election cycle”.

Minister Aleksandar Antic did not answer to us which international organization he had in mind and which reports he referred to when saying that. Therefore, let’s recall what the monitoring mission of OSCE/ODIHR and the European Commission had written in their reports of the election processes in Serbia since SNS came to power.

But, let’s start from the beginning. The OSCE/ODIHR mission in the report on parliamentary elections held on 16 March 2014 states that fundamental freedoms were respected during the campaign, but that there were credible reports of intimidation of voters as well as intimidation of public sector employees, which had thrown away shadow on the campaign. It was pointed out that further improvements in the electoral register are necessary, as well as that the lack of critical and analytical reporting on the media campaign was noted.

“The existing pluralism of opinions and the independence of journalists were endangered by the influence of political parties in power on the media,” it is said, among other things, in that report.

Although the legal framework for parliamentary elections is generally in line with international standards, certain earlier recommendations of the OSCE have not been implemented, says the report, especially those relating to candidate registration, election administration, complaints and appeals, as well as international observers. Also, it was pointed out that a unique electronic voter list should be further improved because it still contains a number of double entries and data of deceased voters.

Following extraordinary parliamentary elections held on 24 April 2016, the OSCE monitoring mission announced that not all participants in the election had equal opportunities, although the elections did offer voters a variety of choices.

“The ruling Serbian Progressive Party and, to a lesser extent, the Socialist Party of Serbia increased their participation in official events during the election campaign and used the unfair advantage ensured by the position of the ruling party, with vague distinction between state and party activities that is contrary to the OSCE and the Council of Europe standards,” international observers reported.

They also said that the worrying allegations were that the ruling parties put pressure on voters and public sector employees, as well as that they were attracting voters using social assistance initiatives.

Similar observations were also made by the OSCE observer mission after the presidential elections held on 2 April 2017, when it established that the campaign was dominated by the ruling coalition’s candidate due to the vague difference between campaigns and official activities, that the media was biased and the resources abused, which was included in the EC report on Serbia’s progress for 2018. The OSCE also reported credible allegations of pressure on voters and employees in state-related structures.

“Even though the legal framework provides for conditions for the conduct of democratic elections, it does not comprehensively address all the fundamental aspects of the process, with certain areas still not being sufficiently precisely regulated or are regulated in a bad way,” the OSCE report from 2017 added reminding that the recommendations of the OSCE, which would address the shortcomings, have not yet been adopted.

So, for all the three election cycles being observed after the SNS and SPS coalition came to power, the OSCE observer mission had more or less the same objections – intimidation and pressure on voters and public sector employees, the bias of the media, abuse of resources, etc. Since SPS Vice president Aleksandar Antic said that since 2012, credible international organizations “have never questioned for a single bit” the democratic nature of our election cycle, and we saw that both OSCE observers and the European Commission also had objections to parliamentary elections in 2014 and 2016, and the presidential elections in 2017, Aleksandar Antic’s statement was evaluated as “false”.