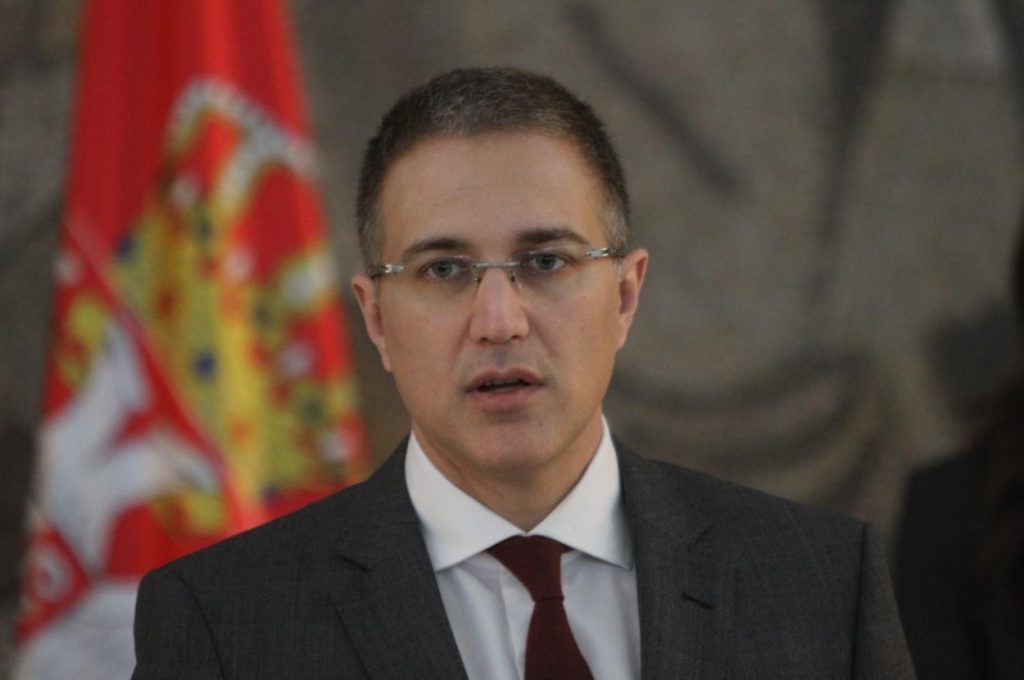 At the beginning of 2019, we will be removed from the (black) list for money laundering

“I expect us to be removed from that list (FATF) at the beginning of the next year and that the FATF conference will note Serbia’s progress in the fields of prevention of money laundering and terrorism financing.”

At the end of February last year it was released that Serbia was put on the list of countries with “strategic deficiencies” in the system of fight against money laundering and terrorism financing of the Financial Action Task Force (FATF). In addition to Serbia, this list includes Ethiopia, Iraq, Sri Lanka, Syria, Trinidad and Tobago, Tunisia, Vanuatu and Yemen. The decision on putting Serbia on the so-called “black list” of FATF was passed following the examination of compliance with standards in the field of prevention of money laundering and terrorism financing.

Although the information that Serbia is on the “black list” appeared in February, Prime Minister Ana Brnabic has started commenting on this issue only a few weeks ago. In March last year, when asked by Insajder why Serbia was put on the “black list”, the Prime Minister responded that such decision was “politically motivated” and that the US insisted on adoption of the report according to which Serbia was unsafe in that field. Brnabic also said that the FATF “had prepared that report more than a year ago”, when it had identified certain “strategic deficiencies”, whereas Serbia in the meantime fulfilled 35 of 40 recommendations of that organisation and adopted six systemic laws against money laundering and terrorism financing.

After the Prime Minister, the assessment that Serbia was put on the “black list” for “political reasons” was reiterated by Minister of Interior, Nebojsa Stefanovic. In September last year, he stated that Serbia fulfilled “all FATF criteria”, adding that he expected us to be removed from that list at the beginning of 2019, when “Serbia’s progress in the fields of money laundering prevention and terrorism financing would be noted”.

However, despite the statements of the minister of police that all recommendations had been fulfilled, in October last year FATF made a revision and Serbia remained on the “black list” of countries with systemic deficiencies regarding fight against terrorism financing and money laundering. FATF maintained its assessment from February last year, according to which Serbia still presented risk for international financial system. In the meantime, Iraq and Vanuatu were removed from the “black list”.

Nothing has changed even after the recent assessment of progress conducted in February this year. The most important global institution for prevention of money laundering and terrorism financing published a report on its website where Serbia was still on the list of countries with “strategic deficiencies”. Along with Serbia, there are Bahamas, Botswana, Cambodia, Ethiopia, Ghana, Pakistan, Sri Lanka, Syria, Trinidad and Tobago, Tunisia and Yemen.

As Serbia is still on the “black list” i.e. on the list of countries with strategic deficiencies in their system of fight against money laundering and terrorism financing of the Financial Action Task Force and considering that the Minister of Police anticipated that we would be removed from that list at the beginning of 2019, Nebojsa Stefanovic’s statement was evaluated as “untrue”.

Commenting on the unchanged status of Serbia, IMF Resident Representative Sebastian Sosa has recently warned that if such status was prolonged, it would also result in the “drop in confidence of investors and creation of uncertain investment environment”. He explained for Insajder that Serbia was still on the “black list” because “FATF saw that the application of recommendations was too slow.”

Namely, in order to be removed from the FATF “black list”, Serbia needs to prove that the adopted anti-corruption legislation is applied in practice. Whether Serbia will be removed from the problematic list we shall see in June when FATF is to prepare a new progress estimate for Serbia as regards the fulfilment of recommendations of that body.