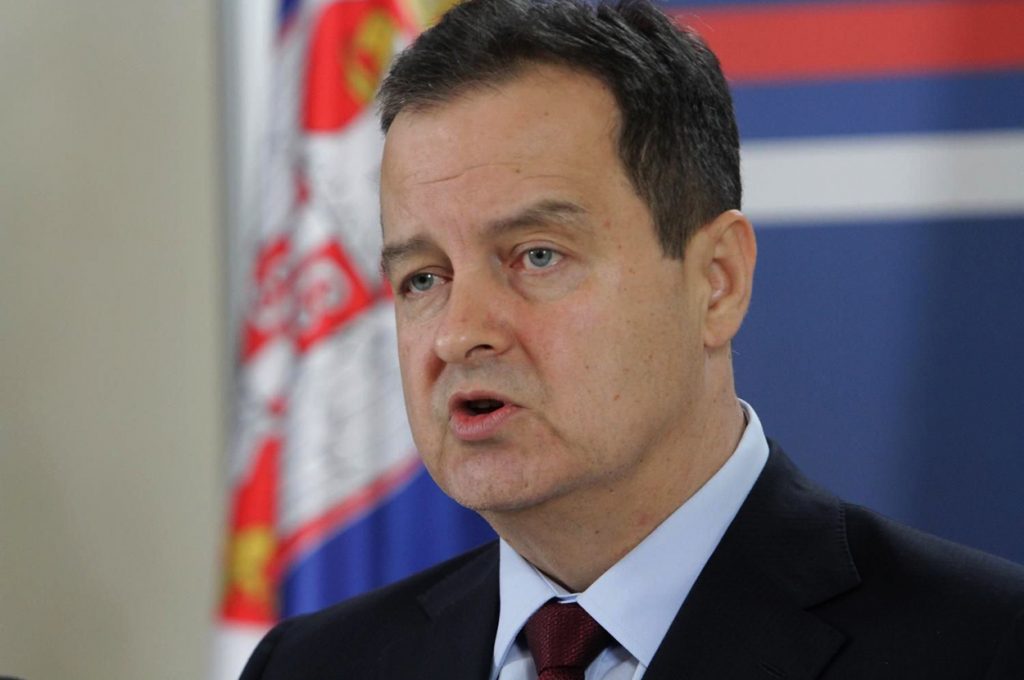 He was born in Prizren in 1966. He graduated at the Faculty of Political Sciences, Department of Journalism in 1989.

He started his political career in the faculty organisation of the League of Communists and in 1990 he became the first president of the Socialist Youth of Belgrade. He was the spokesperson of the Serbian Socialist Party for eight years, from 1992 to 2000. He was elected member of the Executive Committee of the Main Board the Serbian Socialist Party at the second congress in 1992. From 1992 to 2004 he was a delegate in the Chamber of Citizens of the Federal Assembly of the Federal Republic of Yugoslavia and Serbia and Montenegro. He was the president of the Committee on Public Information in 1996, and in 1997 he became a member of the Committee on Foreign Relations.

From being a close associate of Slobodan Milošević,  Dačić  managed to transform into a European and to assume an important place in the government of the post-Milošević Serbia. He claims that he has never given up Slobodan Milošević. “The Serbian Socialist Party I lead has not given up Milošević, but the fact is that the Party has been reformed”. (Press, March 11th 2010)

In 2003, he became a deputy in the parliament, and the head of the parliamentary group of the Serbian Socialist Party. He is a member of the Parliamentary Assembly of the Council of Europe. He was the party’s presidential candidate in the 2004 elections. In July 2008, he assumed the office of the first Deputy Prime Minister – Deputy Minister and the Minister of the Police. After the 2012 elections, he became the Prime Minister, but he held also the office of the Minister of the Interior. He is one of the signatories of the Brussels Agreement on normalisation of relations between Belgrade and Priština.

In April 2014, he was elected the first Deputy Prime Minister and the Minister of Foreign Affairs. He held the office even after the elections that took place in April 2016 and in the new Government headed by Ana Brnabić since June 29th 2017.

When on January 11th 2006, the police barged in the flat of the then-vice-governor of the National Bank of Serbia Dejan Simić, and arrested him and Vladimir Zagrađanin, the marketing director and a member of the City Council of the Serbian Socialist Party on charges that bribes in the amount of 100,000 euros were found in a bag next to them, the public found out that Dačić had left the flat only 15 minutes before. As he later explained, he went with his best man Zagrađanin for a “glass of wine” at the vice-governor Simić’s place, and left the flat because he had been called to an urgent meeting by the then secretary of Government Dejan Mihajlov.

He confirmed knowing Rodoljub Radulović, who was accused of being an accomplice to the drug-lord Darko Šarić, but he also stressed that he had known Radulović, also known as Miša Amerika, i.e. Miša Banana, before he was listed in the white book of organised crime. Dačić pointed out that he had last seen Radulović when Serbia won the Davis Cup, as Radulović was the president of the Tennis Federation of Serbia at the time.

He received the Best European Award in 2009.