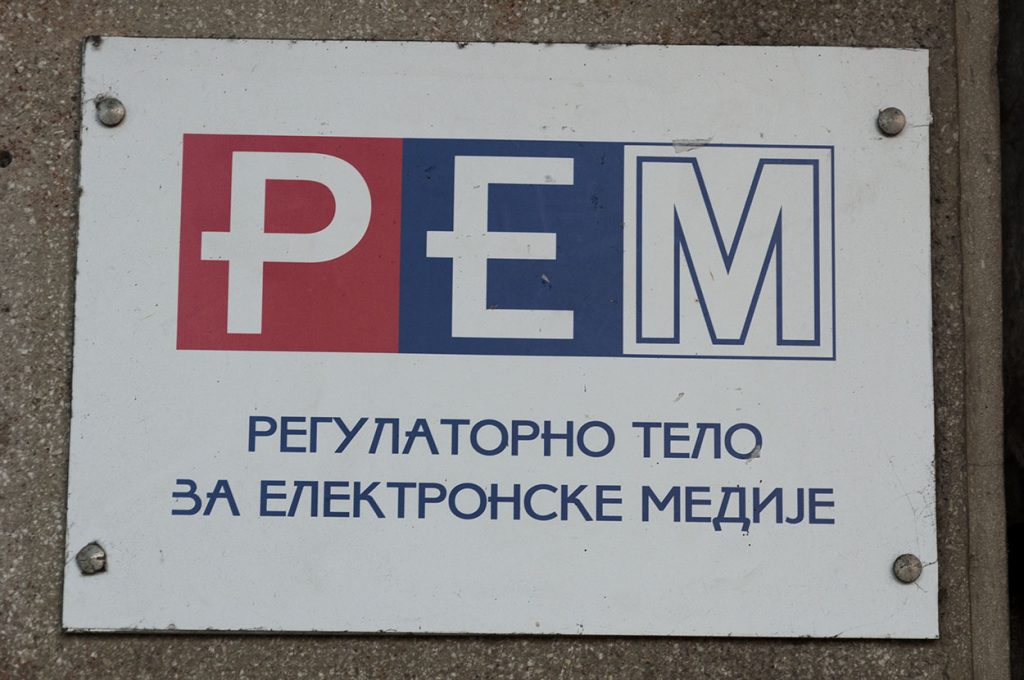 In last several days, the Council of Regulatory Authority of Electronic Media is trying to deny through its statements the existence of alleged “secret REM report on media coverage during the 2016 election campaign”, that Centre for Investigative Journalist CINS recently wrote about.

In CINS article there is data from unpublished REM Report that “televisions with national frequency were completely in the service of the ruling Serbian Progressive Party that won landslide victory in those elections”. As stated by CINS, the Report is dealing with local media, especially those that changed the manner of their coverage for the benefit of SNS after the privatisation.

REM Council published its Report on the same day, where it says that “periodical reports on the presence were scrutinised on the REM Council meetings during the campaign, but were not published”.

As emphasised, “under these laws, the only Report REM must adopt is the one on the number of advertisements (commercial content), broadcasted by the political parties in the campaigns”.

However, “the issue with REM’s statement is that in it they insist which reports REM is obliged to prepare under the law and which not, which is a lie”, says Transparency Serbia.

Namely, under the Law on electronic media, the only report REM is obliged to draw up is the Annual Report of the Regulator that is to be submitted to the National Assembly. In the Rulebook on Obligations of Media Service Providers during Election Campaigns from 2015, REM’s obligation to draw up any other report is also not mentioned.

Therefore, none of the applicable provisions provides for the REM obligation to draw up the report on its own initiative in the context of the advertisements broadcasted by political parties during the campaigns, and it is not prescribed that such report should be forwarded to Anti-Corruption Agency.

However, it is important to note that under the Law on financing political activities, the authorities of the Republic of Serbia are obliged to deliver all data on the request of the Agency that the Agency needs to carry out tasks prescribed by this Law.

As specified by Transparency Serbia, “REM does in fact deliver data on commercial advertising to the Anti-Corruption Agency and the Agency does use that data in some way”.

However, it is further mentioned that “it is questionable if received data is of any use for carrying out control of campaign financing, and what is really the scope of the control the Agency carries out”, since on the basis of this Report it could be concluded “how many advertisements were broadcasted, but not how much they cost, which is the key data the Agency needs to carry out the control”, Transparency Serbia underlined.

So the REM Council statement that “the only report that REM must adopt is the Report on the number of advertisements (commercial content), broadcasted by the political parties in pre-election campaigns”, was assessed by Istinomer as “false”.