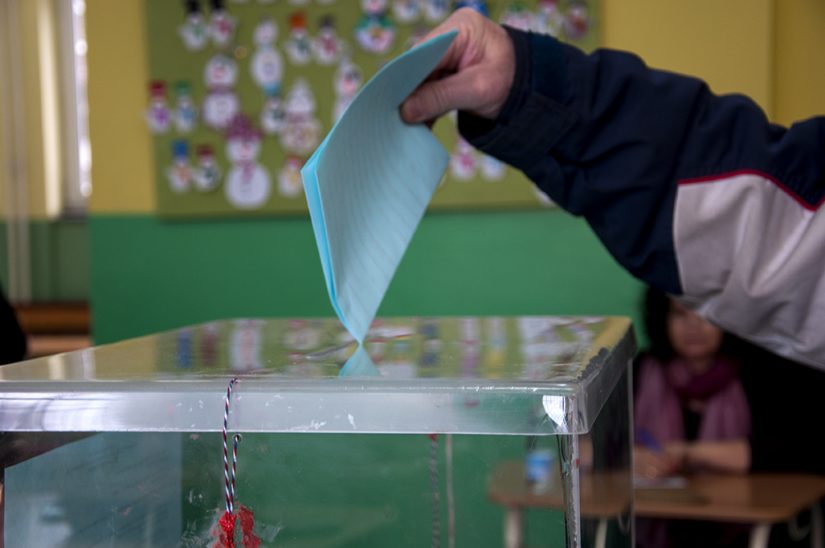 Freedom of Election Overshadowed by the Turnout

The data indicated not only that the inexplicable “rise” of the turnout in the final hours was missing, but also that at that time, the turnout was lower than usual. It seems intuitive to link this with the lower turnout in Belgrade and other urban environments, where the voters usually go to the polling stations later during the day, but this time they had not gone out to vote.

Two things are definite as regards the parliamentary elections in the Republic of Serbia held on 21 June 2020. In the last two decades, those elections had the minimum uncertainty as regards the results, however, those were the elections with the most disputed legitimacy. This was the reason the public had been engaged for quite a long time since the election turnout of the sufficient number of citizens is considered a measure of acceptance of the peoples’ representatives who will be voted for in the elections. Until this moment, what did we know about the turnout in these elections?

Since the end of 2018, a higher number of the opposition political parties and organisations had called for the boycott of the Parliament, as well as the coming elections. In Serbia, there is no formal requirement for the success of the elections. Until 2004, the requirement for the success of the presidential elections was a 50%-threshold of the voters to turn out to vote. Although this requirement was never necessary for the National Assembly elections, this threshold became symbolically important since 50% plus one voter stands for the majority of voters. This should be a key for understanding the electoral laws which lowered the election threshold to 3% thus not only encouraging many lists to compete in the elections, but also amended the methods of collecting signatures of support, which was an especially sensitive issue due to the fear of public gathering due to the coronavirus epidemics.

In addition to the decrease of the total number of voters, this year five times more polling stations than usual were opened in Bosnia and Herzegovina and 55% times more polling stations in Kosovo and Metohija. There was almost no information on the protective measures against spreading of the coronavirus until five days before the elections. It might be understood that all these measures were institutional mechanisms to stimulate higher turnout, and maybe such measures brought the turnout to the level of the symbolically significant half of the number of voters.

Until the time of publishing this article, RIC reported that turnout was 49.7% based on the processing of 94% of polling stations. There could be changes until the final results are published, as it is highly likely the results will be influenced by the potential decisions on repeating the elections in some polling stations. However, we can compare these official data now with the independent estimate of the turnout.

On Sunday evening, just two hours after the polling stations had closed, CRTA has estimated that turnout was 29%, with 1.2% margin of error and 95% confidence interval, based on the observation of the stratified random sample of 500 polling stations, indicative for the polling stations in the territory of Serbia without Kosovo, voters abroad and penal correctional institutions.

Consequently, the results of the turnout counted in the polling stations that were processed by RIC four days after the elections fall within the range of the percentage which CRTA had estimated on the Election Day, on the basis of the sample of polling stations where CRTA had the observers. Such estimated turnout is lower for 7.7 percentage points compared to the estimation CRTA had made for the parliamentary elections held in 2016, so obviously it was the lowest turnout in the parliamentary elections for the last twenty years, if not for longer.

The causes of such record low turnout will be analysed for the following days and months, but they definitely must be caused by the invitations for boycotting the elections made by the opposition actors, as well as the permeating fear of the coronavirus. A more comprehensive analysis will be possible only after the final results per polling stations are published, but we will have to wait for it since there will be the potential repeating of the elections. By now, based on the preliminary data from RIC, one can conclude that the lowest turnout was in Belgrade (38.5%), and the highest in Kosovo-Mitrovica district (67%).

Did we have a Rise?

Considering the political significance of the turnout in these elections, CRTA has decided that for the first time it will collect data on the turnout from the observers after every hour. The reason for that was to observe any anomalies on Election Day, and inform the public in a timely manner. Although there was the information on the sudden rise in the turnout for the last two hours in public, these elections, in fact, are important precisely because of the absence of the significant increase of the turnout in the final hours.

The data indicated not only that the inexplicable “rise” of the turnout in the final hours was missing, but also that at that time, the turnout was lower than usual. It seems intuitive to link this with the lower turnout in Belgrade and other urban environments, where the voters usually go to the polling stations later during the day, but this time they had not gone out to vote.

The public debate concerned the time of announcing the information on the turnout. Supposedly the announcing of these data was late compared to previous election days, which called into question the authenticity of the announced information. The logic is opposite really as regards to sample based inference. If the results of the elections are estimated based on the stratified random sample, the completion  of the sample has to be both high and adequate, since it is necessary to have sufficient data from the polling stations for all geographic and demographic strata. Therefore, the premature projection, before the sufficiently complete sample, would have been less reliable.

The information on the turnout in polling stations in the sample is received along with the final number of the votes the lists have received. These data are not received at the same time. The data from the smaller polling stations, with several hundred voters, come first and are received only after fifteen minutes, while the larger polling stations with over thousands of voters are processed sometimes for hours. Such patterns can significantly influence the total results, so the publication of the results is always a matter of balance between the interest of the public to receive information in time and the obligation of the researcher to publish reliable data.

If the turnout is close to 50%, it is important to have a sample as complete as possible so the projection could be determined more precisely. Larger polling stations from urban environments for which the data for the sample had been received later were persistently dropping the percentage of the turnout and increasing the margin of error. The estimation was additionally burdened by the lowered 3%-threshold this year, as more lists with a lower number of votes than usual were close to the threshold. On the Election Day, after the first results from the polling stations, it became obvious that three lists were above the threshold (SNS, SPS-JS, SPAS), but it was necessary to wait for the sample to be as complete as possible to confirm that the fourth list (POKS), which ultimately had 2.62% votes in the complete sample, with 0.15% margin of error, would not pass the threshold after all.

Even though it is  understandable that the public should be informed  on the turnout in a timely manner, the reliability of such data is also affected  by the timing of the announcement. In order to avoid misleading the public about the turnout and passing the threshold, CRTA has published the results and the turnout numbers only after the sample was as complete  as possible, at 22.47 hours with 87% of the sample. In fact, there was no large deviation from all previous elections days when CRTA observed the elections. On the 2016 Election Day, the overview was made for 62% of the sample, and the results were announced at 23.51 hours with 96% sample, in 2017 at 22.28 hours with 96% of the sample, and in 2018 at 22.22 hours (81%).

Measuring turnout and results of the election on the basis of data from the sample of polling stations which are sent by the independent observers is a complex operation, which aims to check the official data and detect the anomalies which could indicate the election irregularities. To be trustworthy, the data should be reliable, and this takes time.

In the end, the most important aspect of the turnout is not only measuring the percentage but also understanding the reasons why voters in Serbia go out to vote. These elections featured a high number of incidents which indicated the improper influence on the voters, such as exerting pressure, blackmailing and bribing. It is important to know the percentages, but the freedom of each voter to go out and vote in their own will is more important. After the debate on the legitimacy of the elections and the percentage comes to an end, the question remains – what is the importance of the elections and percentages to the voters?