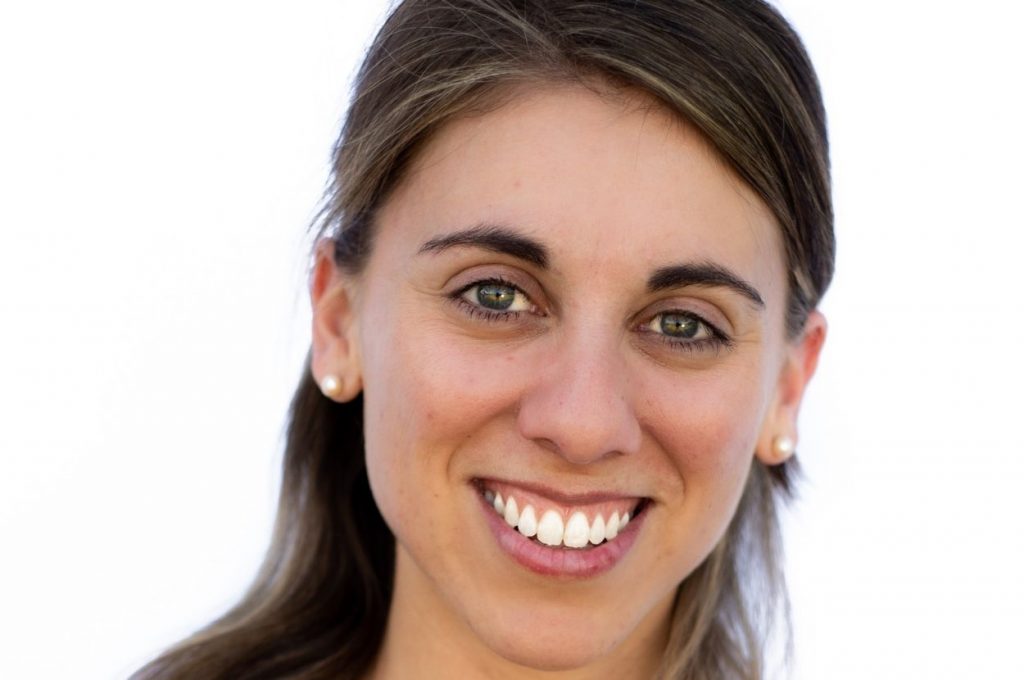 A few months after the Argentine fact-checking media outlet Chequeado published a study on sellers and promoters of chlorine dioxide as a miracle cure for COVID-19 and other diseases as a part of their “Disinformers” series, the Argentine federal police raided 13 addresses, where they found chlorine dioxide. This raid took place as part of the already existing investigation against the German pseudo-scientist Andreas Ludwig Kalcker and Luis Enrique Garcia, who calls himself a “bishop”, and 17 other people. Both Kalcker and Garcia are promoters of chlorine dioxide, a substance used in the paper and textile industries as bleach, for water purification and as a disinfectant. Argentine Journalist Lucia Gardel is responsible for identifying several of both promoters and sellers of this substance. As she told Istinomer, she expected attacks by those who spread misinformation when the article was published, but instead, the government reacted in the right way.

We are witnessing many people selling and promoting “miracle medicines” for COVID-19 and other illnesses. Is this case changing anything when it comes to fact-checking during this pandemic?

We hope this investigation helped to see how disinformation, unfortunately, is not only incredibly harmful but also a lucrative business. This investigation shows that, when we start digging very deep into something, fact-checking can trigger responses by authorities that have specific effects. This definitely sends a message to the people who sell and promote false cures. Their selling system may become more complicated, which means we will need to fine-tune our tools to keep them on the radar because they sure will find another way to disseminate disinformation.

There was an open investigation by Federal Judge Ariel Lijo of a group of people who sell and promote chlorine dioxide, including the German pseudo-scientist Andreas Ludwig Kalcker. While we were investigating, we contacted the judge to have more information and told him about our research. After publishing the article, we gave the judge the list of identified sellers we had contacted to contribute to their investigation.

Because of our work, the police found chlorine dioxide in 13 raids. Federal Court No. 4, in charge of Lijo, informed that homes were raided in 8 provinces. The investigation, so far, targets 19 defendants, including Kalcker and Luis Enrique García, a “bishop” who promoted chlorine dioxide in the name of the “Genesis II Church of Health and Healing”.

In the raid on García, the police seized chlorine dioxide for commercial purposes and a collection of Nazi symbols. When I talked to the “bishop” by mail, he offered his “sacrament”. In the rest of the raids, they also seized MMS (abbreviation for magical mineral solution), sodium chlorite, and citric acid, “DMSO” (dimethyl sulfoxide), precision scales, product label plates, gold coins and large sums of money.

How difficult was it for you to get all the information, and what obstacles did you encounter?

When we began the investigation, we started monitoring certain groups on Facebook, and the most challenging part was to identify the language they were using to avoid the algorithm of the platform in the first place. Hence, we had to learn about their codes to find posts that didn’t appear in a simple search. At the same time, we had to be quick while doing the research about the groups that didn’t use these codes because the groups and Facebook pages were deleted so quickly. In the beginning, we even lost the first ones, and we didn’t get to make captures of the posts that sold or promoted the substance. When we learnt the lesson, we started making screenshots so we would not lose the contacts, cell phone numbers and email addresses they recommended to each other for buying chlorine dioxide.

Another challenge for me was to pretend to be a chlorine dioxide buyer in order to get the information. We got a fake cell phone number, so we didn’t expose my personal data, and that is not the kind of work I’m used to because, as a journalist, I always identify myself before I get in touch with anyone. Of course, we clarified this in the article, but we needed to do this to have access to the information.

These “medicines”  were sold on WhatsApp, Telegram, Facebook, and even courses were held through the Zoom application. So, this is literally a business. How harmful is that?

Extremely harmful. Because, the main problem of this kind of disinformation is that the selling this product can harm a person’s life, be very toxic and even be deadly. There are many people who make a profit out of it, irrelevant if they believe or not that chlorine dioxide has miraculous effects.

Before the pandemic, a lot of the research was more related to political disinformation, but during the pandemic, we saw that disinformation could directly affect someone’s life. There are a lot of people who, in a moment of desperation and fear as when you have coronavirus, can fall into the scam without evaluating the possible consequences.

And it’s not just chlorine dioxide. During the pandemic, other magic cures appeared, maybe not jeopardising someone’s life as they seemed harmless. However, an underlying problem with the promotion of “cures” without scientific evidence is that they undermine the trust in science, which can have long-term adverse consequences, beyond COVID.

Since the beginning of this pandemic, Politifact wrote about chlorine dioxide and why not to use it to treat coronavirus. Despite that, this product was sold and promoted by several people, even celebrities. How do you comment on that, and do you believe that this case will make people realize they shouldn’t use just anything promoted somewhere?

I think our goal as fact-checkers is to show what kind of disinformation and misinformation is circulating and warn people about unfounded statements.

And the main issue is not only that some disinformants make a profit out of it, but that people choose to believe such information perhaps because of desperation. In the near future if there is an absence or a lack of supplies of approved medicines, the false cures may appear again.

Is there even a way to stop people like Kalcker and “bishop”? What about celebrities?

I think there is. We can do the research, investigation and reveal evidence on disinformation and how disinformants’ networks work. There is always more to show and more to investigate, this is the tip of the iceberg, and I think we need to keep giving the best information possible. We also have the permanent challenge to reach other audiences that aren’t necessarily those who already follow us and are probably more aware of the disinformation problems.

Also, the more obstacles they have, the better. We have an example of the case of Viviana Canosa, a journalist and television host here in Argentina. She promoted the chlorine dioxide and said she drunk the substance live on television, back in August of 2020, days after promoting it on her Twitter account.

What was the reaction of the public when you published your article? Did you or any of your colleagues at Chequeado were assaulted or threatened?

We were prepared that people we were investigating would attack or write to us, but that didn’t happen. We did receive many comments on social media from people who support the substance, attacking us and saying we defend certain interests, and saying they have proved it and that their case was proof of the miracle work (which is for sure not a scientific response).

In other investigations, we also received social media attacks from “Doctors from the Truth”, an international organization that spread falsehoods to promote false cures and even deny the pandemic. For example, we once contacted Verónica Ressia, another TV host that among other things, said that 99.98% of people could “recover from the coronavirus without being vaccinated”, to get her point of view for our special show “The Disinformants”. However, she published private message from our correspondence to her Twitter followers which generated a big wave of attacks on social media.

We live on opposite sides of the world. We can’t help but mention the situation in Brazil, where the government, as reported by world agencies, temporarily forbids the local media from moderating and removing content on social networks – from misinformation about COVID-19 to announcements about the upcoming presidential elections. Have you had such problems in your country? What is it like to be a fact-checking journalist in Argentina?

The government in Argentina has general problems with the media map: how information circulates, delays in accessing public information, impartiality in official advertising distribution, but fact-checkers or journalists are not directly threatened. We have freedom of speech. Of course, sometimes the government doesn’t like what we write, and they let us know that, but it’s always within the rules of democracy.

Since our country is politically divided, we in Chequeado get contacted by politicians from across the political spectrum, yet sometimes, they criticize us. This criticism is never going beyond the democratic rules, which often doesn’t happen in other countries. We don’t get censored or receive personal threats.

Our democratic system has a lot of shortcomings, access to information is not always available as it should be, but among many other problems, I don’t feel that I am in danger.

Chlorine dioxide is a derivative of sodium chlorite. This chemical substance is used as a bleach in the paper and textile industry, water purification, and as disinfectant on inert surfaces. The substance has been promoted for years as a supposed “cure” for various diseases, such as cancer, malaria, and Amyotrophic Lateral Sclerosis (ALS). With the rise of COVID-19 and the uncertainty of the pandemic, chlorine dioxide became even more popular as a treatment for the disease.

Chlorine dioxide is not authorized by ANMAT or by any drug regulatory agency at the global level as a medical treatment because there is no evidence of its efficacy. As emphasized by various regulatory bodies and scientific bodies, both nationally and internationally, its intake can cause irritation to the esophagus and stomach, abdominal pain, nausea, vomiting, diarrhoea and severe poisoning, which can include serious hematological, cardiovascular and kidney disorders, as well as respiratory complications, such as chronic bronchitis and dental erosions. In the country, at least three people died after ingesting chlorine dioxide.