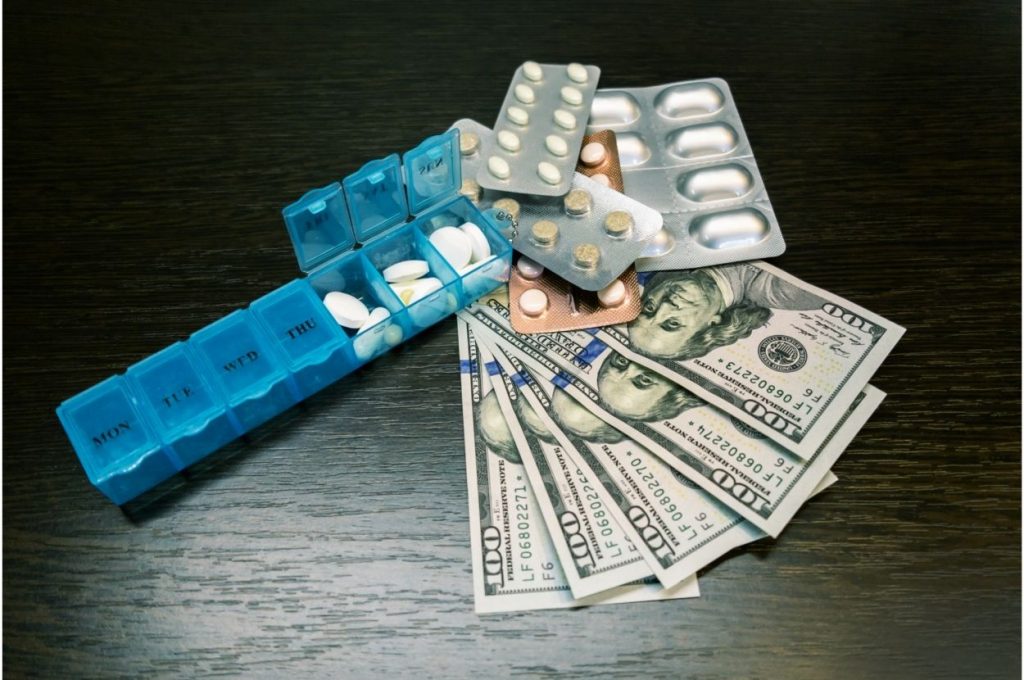 Hope or fear – how can a drug cost million?

What’s the point of the innovative treatments for severe and rare diseases, if due to their cost, the majority of patients find them inaccessible? First-ever approved gene therapy for the treatment of spinal muscular atrophy (SMA) – Zolgensma is the only hope for two-year Anika getting better. Still, it is a hope for many other children across the world, but it costs unbelievable 2.1 million dollars. While the patients’ families are trying in all possible ways to get to the fantastic sum of money, a question is raised: how did one pharmaceutical company form a price that placed Zolgensma on the first place of the most expensive one-time treatments?

An incredible breakthrough in the world of medicine – gene therapy Zolgensma, in addition to inspiring hope with the parents of children who have SMA, has also caused fear due to high uncertainly that it is unreachable.

In May 2019 it was approved in the United States of America, and a year later in the countries of the European Union and now is commercially used for children under the age of two. The single, one-time dose is administered through infusion, and the entire treatment lasts for an hour. The Swiss company Novartis placed it on the market, and controversies followed the whole process.

Namely, Novartis did not create Zolgensma but acquired the right to it by purchasing American company AveXis for USD 8.7 billion, as referred to on drugs.com. Early development of Zolgensma was funded by National Health Care Institutions and a large number of charities and organisations dedicated to discovering a treatment for SMA. Many of them use family donations, patients and friends’ donations.

Moreover, that pharmaceutical company was caught amid the scandal due to Zolgensma in August 2019. The inspection has established that in the application that Novartis submitted to the Food and Drug Administration for approval, the data received in the pre-clinical trials on mice were amended. However, the Administration, in the end, decided there were no grounds to punish the company.

The company director Vasant Narasimhan in his comment for CNBS explained that gene therapy represents tremendous innovation and progress in the world of medicine. However, since the health care systems in the majority of countries were not adjusted for paying such type of single, one-time dose treatments that was considered a huge obstacle. He has warned that had to change as soon as possible since it was expected that by 2025 the Food and Drug Administration (FDA) would annually approve between 10 and 20 new cell and gene therapies.

Yet, while pharmaceutical companies and health care systems across the world still have to align what will they do and how it seems more urgent to find the answer to the questions: why Zolgensma costs more than USD 2 million? How will those families, whose children can lose the battle with the devious disease, pay for that treatment?

How Novartis and pharmaconomists explain the price of Zolgensma?

Swiss pharmaceutical company defends its arguments for such high price of the treatment by saying that Zolgensma represents “historic breakthrough in the treatment of SMA patients”, and that “the cost of chronic treatment that patients would receive during their entire life (Spinraza) often may exceed USD 4 million only in first ten years of child’s life”. They expect that in the future, Zolgensma will create savings in the health care system – compared to Spinraza treatments.

Institute for Clinical and Economic Review (ICER) that produces reports analysing the evidence on the effectiveness and value of drugs and other medical services, estimated that the price for Zolgensma treatment of USD 2.1 million is – justified; as they highlighted “this drug is dramatically transforming the lives of families affected by this devastating disease”.

The calculation is made by using the surrogate marker QALY – the measurement units for analysing cost and benefit ratio of the health care interventions.

Bojan Trkulja, Director of the Association of Innovative Drug Manufacturers INOVIA, says for Istinomer that QALY is only a part of pharmacoeconomics, a relatively young science with an aim to “offer clear recommendations for the decision process on distributing the funds in the health care system by comparing costs of some treatments and their outcome”. QALY, on the other hand, has its positive and negative sides, and for these reasons, it is not applied in the health care systems.

As Trkulja mentioned, forming of the price of some innovative drug is generally a very complicated process.

“Only one of every 10,000 substances that are identified as the potential drug for the specific disease will make it to the market. For this reason, the innovative pharmaceutical companies reinvest the extremely high amount of their annual revenue in the development of new treatments”. In his words, today that percentage varies “between 15 and 20 per cent of the annual revenue – not the profit, but the total revenue – which cannot be compared to other domains of the industry, even those recognised as innovative”.

He said that development of treatments such as Zolgensma on average takes about twelve years, and it costs about one and half billion dollars. Also, eight out of ten treatments that get to the market, never return the costs which are invested in their development. Precisely due to that, the prices are formed to enable the return of investment, since only in that way the companies may sustain their ability to continue investing in the future drugs which can further change the treatment outcome, concluded Trkulja.

“We are aware of the fact that rare diseases, and those patients make a small group of people so that for the money spent on research and finding of the treatment to be returned, the price of all treatments for this group of patients is extremely high. This is of course supported by the fact that such treatments are not competitive in the market, so they (pharmaceutical companies, note by Istinomer) can form the market price as they wish”, Association SMA Serbia said for Istinomer.

The arguments on the product range in the market, supply and demand, and the possibilities of gaining profit to reinvest in some future research sounds wholly logical and justifies reasoning from the point of view of cold mathematical calculation.

But if taking into consideration the fact that we are talking about saving human lives here, and that in this case, the main “market” factor is the number of patients suffering from rare and serious diseases, then the increase in their number would contribute to forming more affordable prices of treatments and drugs?

The mentioned explanation of the pharmaceutical companies might be referring us that it is necessary to sacrifice everyone who is not able to pay costly treatments now, so in the future, some new patients would possibly have the opportunity to get treatment? Will they also need to have more than 2 million dollars on their account?

The vicious circle twisted around this story is ridden with paradox and questions, that only seemingly have a reasonable answer. If we scratch underneath the surface, we get into the endless labyrinth of conflicting interests which impose only one question: what is the point of treatments for rare and serious diseases if their price is not accessible for the majority of the
patients?

“There is no price to human life, and this treatment, as well as the other two approved for this disease, should be financially affordable”, say our interviewees from Association SMA.

Trkulja emphasised that “in the ideal world, the question of finding justification to finance a specific health intervention, would be redundant”. However, since the funds of even the wealthiest countries in the world health care budget are limited, such scientific approach helps when deciding on how to invest in the framework of the health care insurance.

“If we have learned anything from the current pandemic, it is that amazing results can be achieved when the cooperation between the health care funds, governments and industry is raised to the higher level, and we are witnessing that through the accelerated development of the COVID 19 vaccine. The similar approach in other areas of the medicine would contribute to the improved accessibility of all those revolutionary treatments which are already available or would be available in the future for the different chronic conditions or rare diseases”, our interviewee concluded.

The reality is that while we are waiting for Zolgensma to even arrive in Serbia, parents of the sick children are forced to collect the money for treatment through humanitarian foundations.

From Association SMA Serbia they say that “we should not strive for that, as it cannot be the solution for every child, every adult, every patient”. They underlined that the systemic solution would exclusively be the inclusion of the innovative therapies in the budget for rare diseases in Serbia.

Trkulja believed that, although one cannot deny the particular success was achieved through such actions, “this system represents the suboptimal solution that society resorts to in the absence of the adequate treatment mechanisms”.

Treatment is not the same as the cure

Although Zolgensma is often referred to as the “cure” in the media and fundraising campaigns, from Association SMA Serbia, they warn that “neither gene treatment, not any other form of currently available treatments, cannot cure the clinical manifestations of SMA in the entirety”.

As they said, gene treatment has demonstrated satisfying results so far; however, they mentioned that “there is no scientific data yet that would help determine if the gene treatment is more efficient in the treatment of spinal muscular atrophy compared to Spinraza (Nusinersen)”, which is the treatment of the familiar confidence profile, which was
demonstrated as very effective with the SMA patients in Serbia.

The most significant advantage of gene treatment is the immediate effect, that is extremely important with newborns and small children, as they said in the Association. However, they noted that even with this treatment, there are some cases where children did not have a satisfying reaction or even had any improvements. They say it is a fact that precise and predictable long-term effect of the treatment is still not familiar.